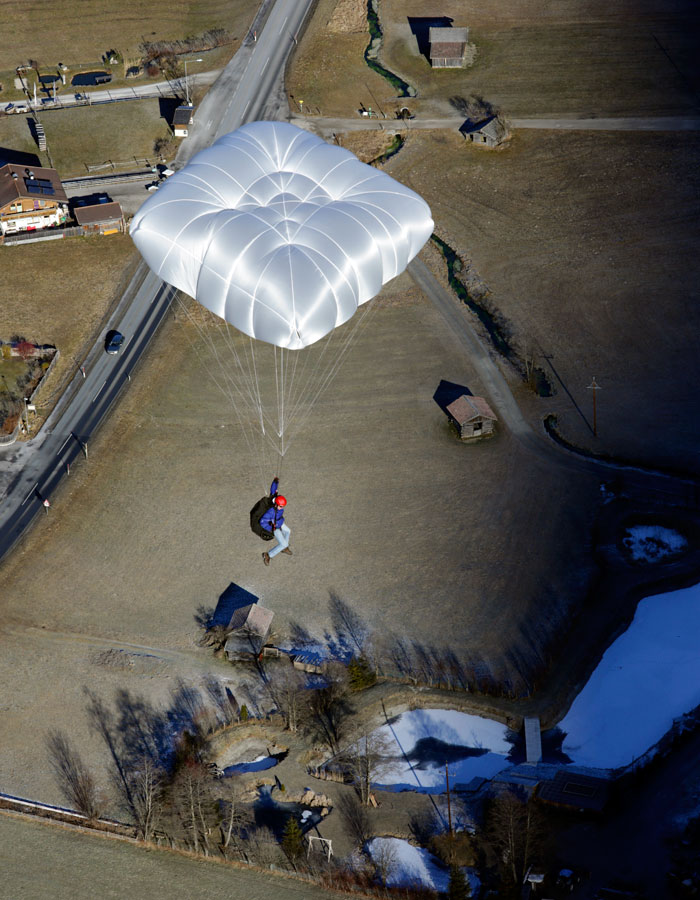 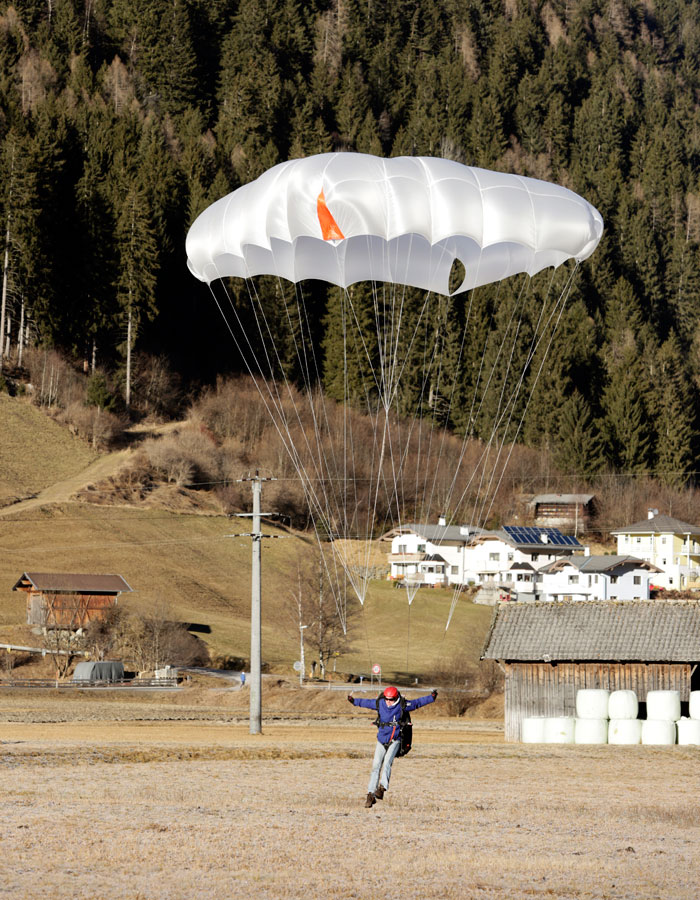 The concept of the DIAMONDcross works without pre-brake and therefore the system remains very easy to handle and is reliable. 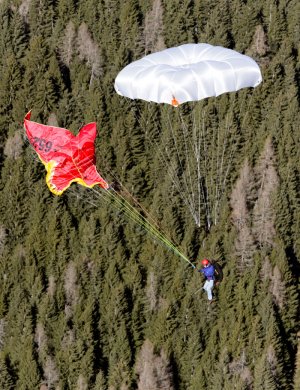 Do I have to disconnect my glider when opening the DIAMONDcross?       No.

Although if the pilot reacts in a passive way, the DIAMONDcross works perfectly. The risk of a side slip is very low for a DIAMONDcross.

Nevertheless, the glider should be disconnected – if possible – from all rescue systems,

no matter whether they are steerable or not. The disconnection can be made by separating the glider from the carabiner, as in this case, an automatic separation system for speed system is absolutely essential. Further opportunities are quick-out carabiners or cutting off the main lines by means of a jackknife.
With the Finsterwalder Quick-Out carabiners, the disconnection is very simple.
As you can't make general statements about how the glider reacts after rescue deployment and every rescue system is always influenced by the residual resistance of the glider, complete disconnection of the glider can only be an advantage – also if a disconnection is not absolutely necessary for the DIAMONDcross. 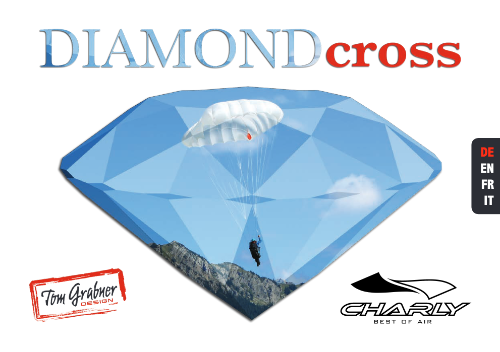