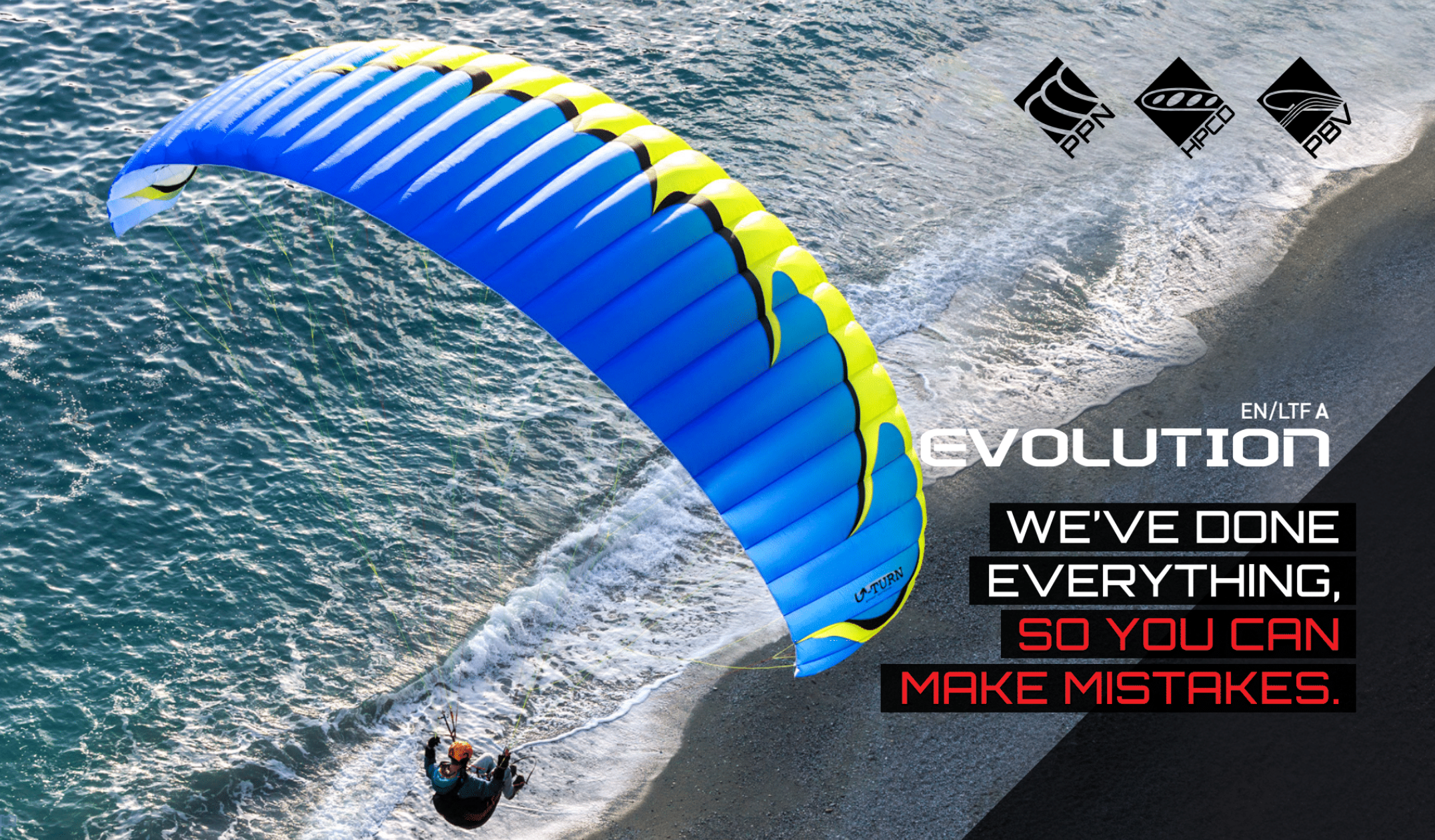 REVOLUTION OF THE A-CLASS
Basic Intermediate Glider EN/LTF-A with the innovative PBV technology.

About the U-TURN Evolution

The innovative beginner's wing is bringing the technology of the Acro area into the training class. The valves in the bottom sail are providing additional aeration in extreme angles of attack and switch themselves on if a fast pressure build-up is necessary. This is not only facilitating the folding-resistance and mistake-forgiving flying features but also is provides a matchless incomplex starting behaviour. 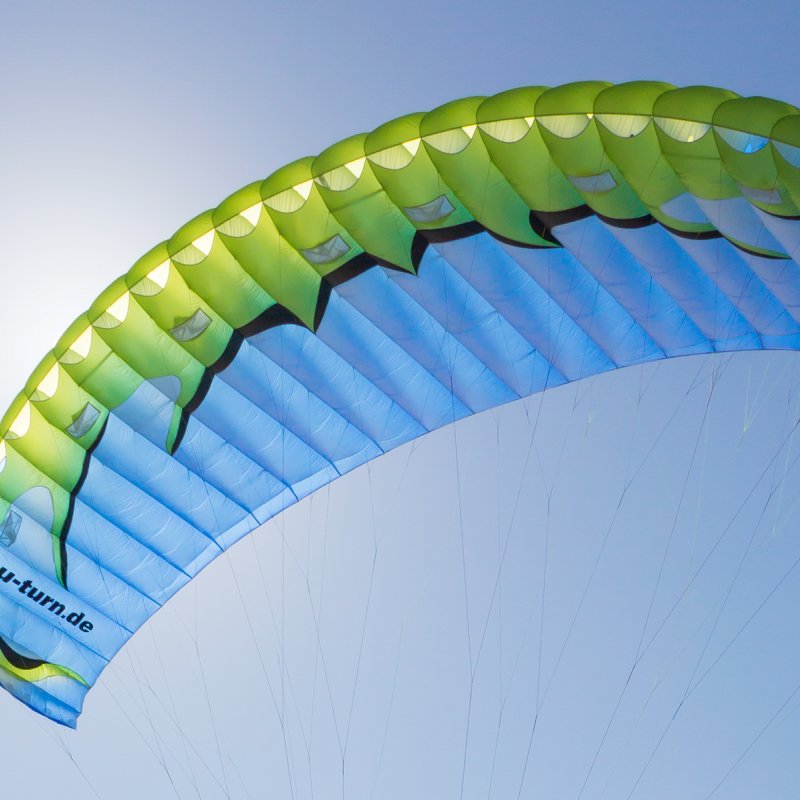 The system is operating as well and fast as that it avoids any tendency of the canopy diving forward during the start. The glider was designed to guarantee the most significant safety possible and because of that forgives mistakes of the pilot. Nevertheless, great importance was attached to the flying pleasure, which is especially notable in the thermal lift. The EVOLUTION is increasingly put to use in precision landing competitions since the PBV is enabling a bigger spectrum of the approach angle. Especially in the low-speed flight, the higher angle of attack area is positively notable. 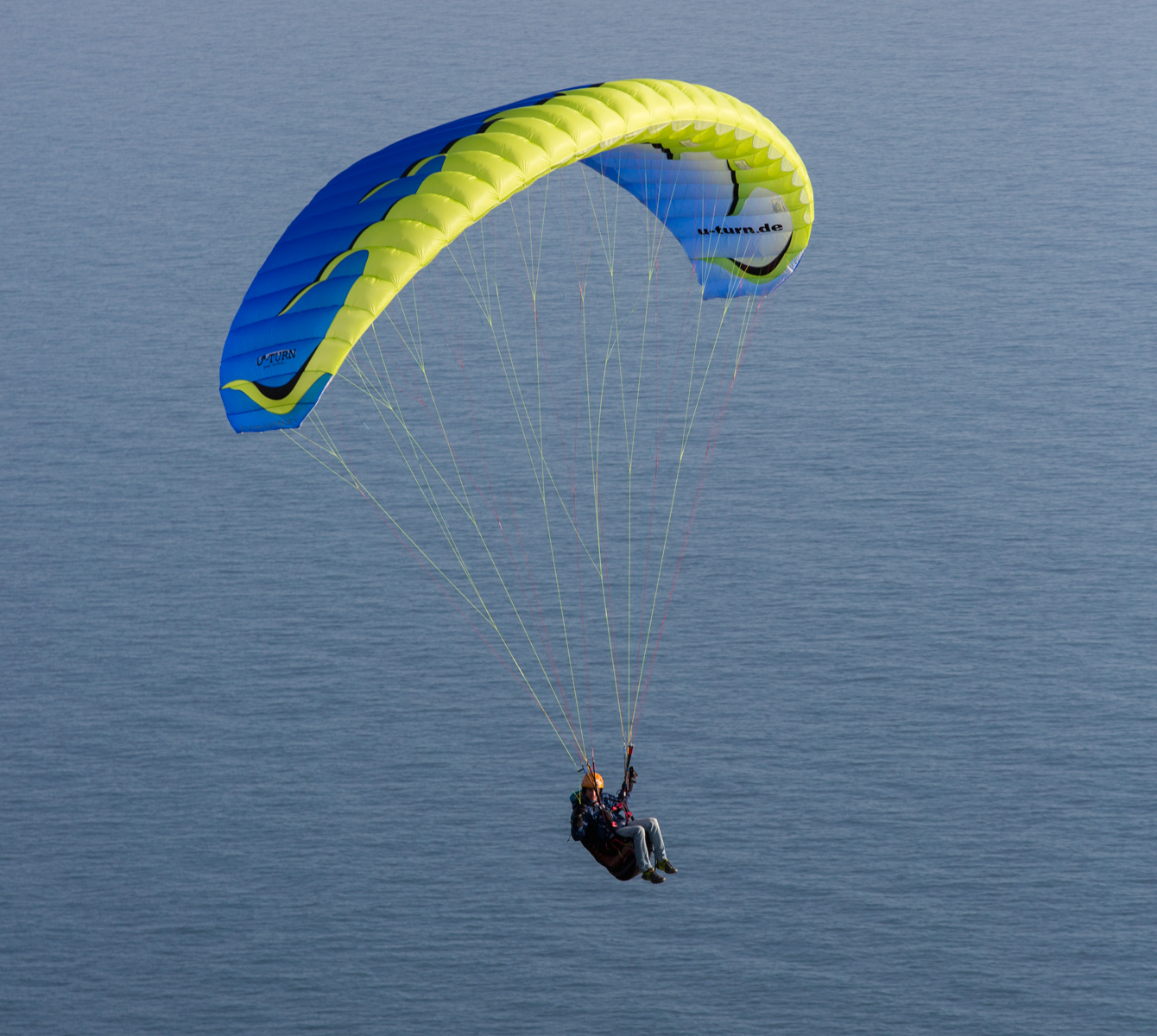 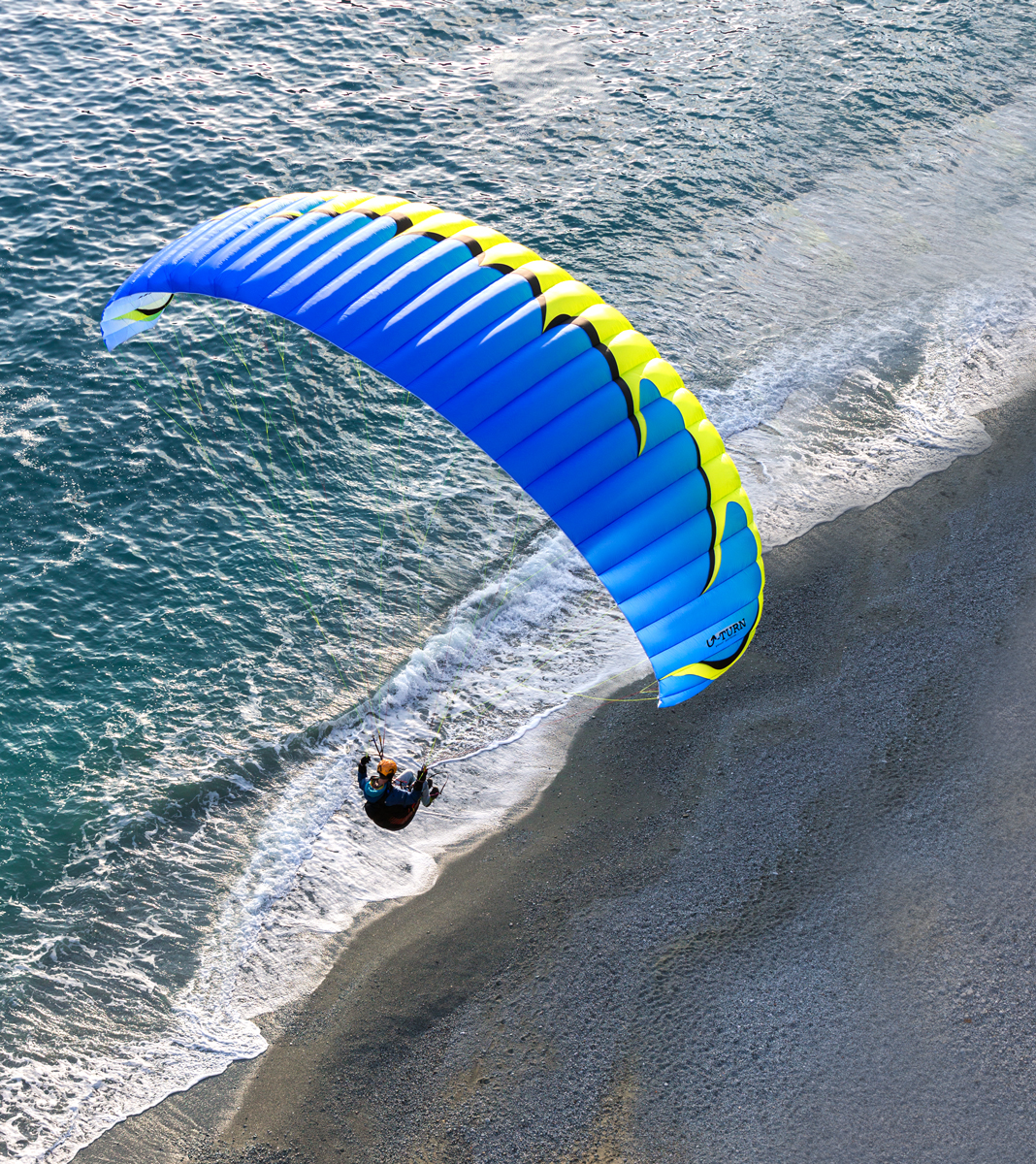 The Evolution is an extra-safe glider, which also forgives mistakes – truly is a lot of fun and flies really well.

Contact us for the best current deals before it's too late!

The PBV works precise and without delay. “When an asymmetric collapse occurs, valve after valve opens up and aerates the glider, while the other side is optimally filled and flies without problems” – points Strobl out to an observation. And in B-stall the valves open over the whole wingspan, during which the glider stays calm at a sinking of 8-10 meters: No whipping, no drifting “but completely controlled, calm sinking”, so Strobl.

At all the safety the fun at flying is not supposed to go short, Strobl reports about the other significant aspect of the specification book. That is why the wing has an AR flat of 4,5 and an innovative line geometry: 2 main lines on the A-level, 3 on B (incl. stabilos) and again 2 on the C-level to minimise the resistance. Four line diameters from 0,95 up to 2,2 mm provide the optimised balance between durability and preferably low cross-section. “As a result, there is an agile flying behaviour, the EVOLUTION reacts relatively direct to steering pulses and lets itself be turned flatly” so Strobl. Understandable that the EVOLUTION, therefore, can be moved quickly. When in trim, the wing reaches up to 39 km/h, when accelerated even up to 48 km/h – and all of that at the very high LTF-A-safety-level. 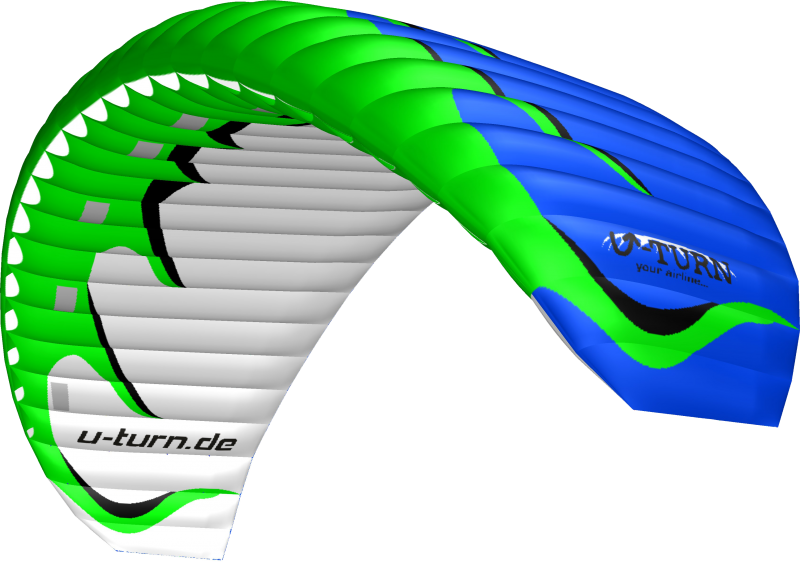 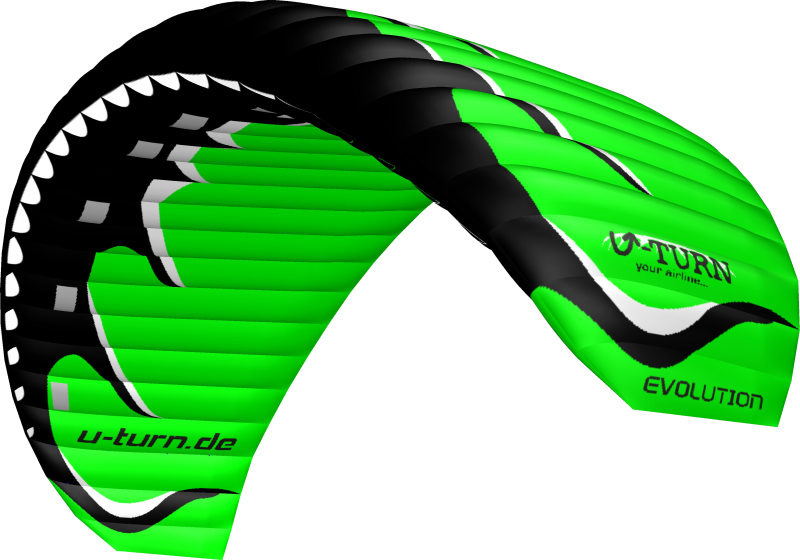 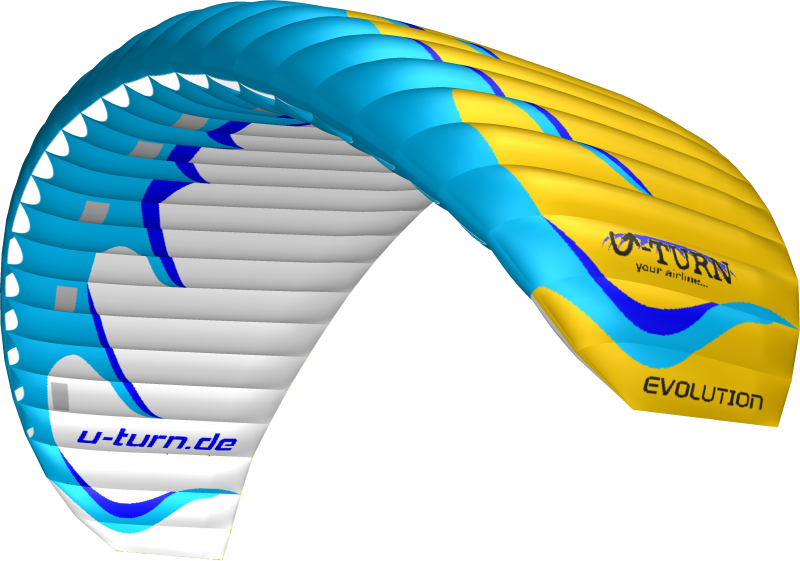 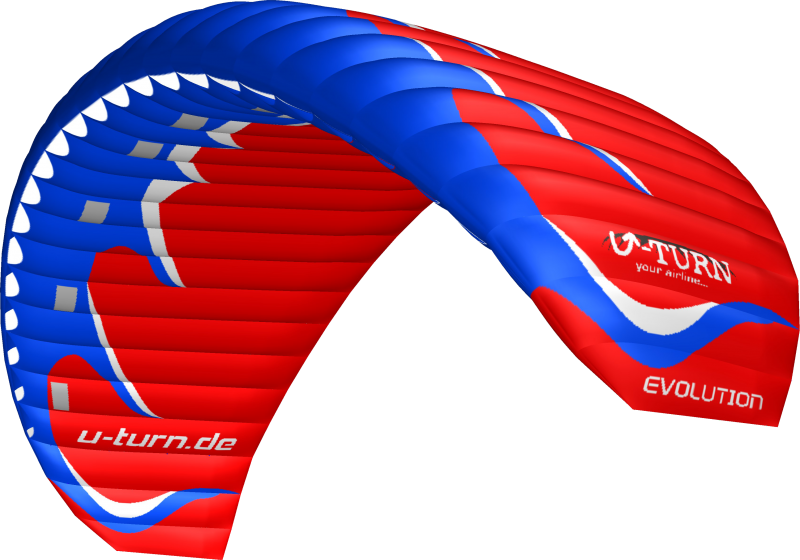 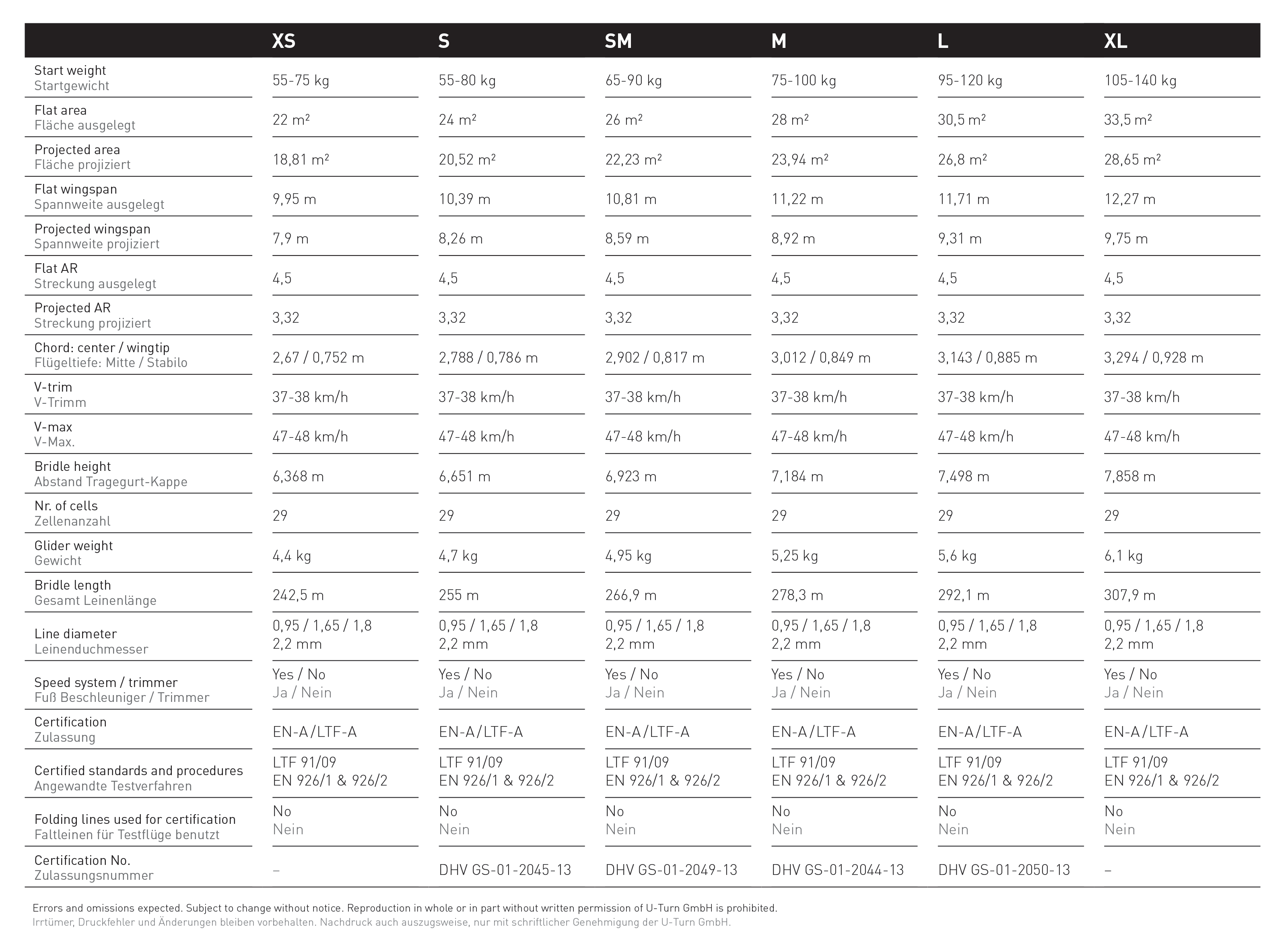 PRAISED BY THE BEST PARAGLIDING SCHOOLS

Never it has been so easy and so stressless to teach paragliding.